The next few months are crucial for Indian cricketer Mithali Raj. She faces her biggest cricketing test in the upcoming Women’s Cricket World Cup, hosted in New Zealand.

All eyes will be on Team India, but more specifically, on Mithali as this will probably be her last big international sporting appearance. For the 39-year-old who made her international debut in 1999, this time — leading to the World Cup — is both “exciting and anxious”. “We are focussed and keen to do well,” says the sportswoman, who was recently roped in as the brand ambassador for Jacob’s Creek, which has long been associated with popular Australian cricketer Brett Lee. Excerpts from a virtual conversation:

How is preparation for the World Cup going?

It is a big event, and all of us have worked hard for it. The 2017 World Cup has been a game changer for women’s cricket in India. We came second then, and now, we have the team to cross that hurdle. As the World Cup is a one-month long event, there will be ups and downs, but we hope to win.

Considering the significance of the tournament, how do you deal with the pressure?

You know the entire world is looking at you and the team. There is a lot of pressure, but I have tried keeping things simple. I am working on keeping a clutter-free mind, because the more clear you are, the better you can execute what you have planned.

Shabaash Mithu, your biopic, is due to hit screens soon. Why did you give a go-ahead for a film based on your life?

I wanted everyone to know not just my struggles, but also the journey of Indian women’s cricket. Back in the Nineties, if a young girl was interested in taking up the sport, they had to face several challenges. The evolution of women’s cricket from then to now has been phenomenal, especially thanks to the great outing in the 2017 World Cup. A lot of young girls have taken up the sport now as it is becoming more viable. What has hugely helped now is having the matches on television. I don’t have any clippings of my first match to watch and rewind! 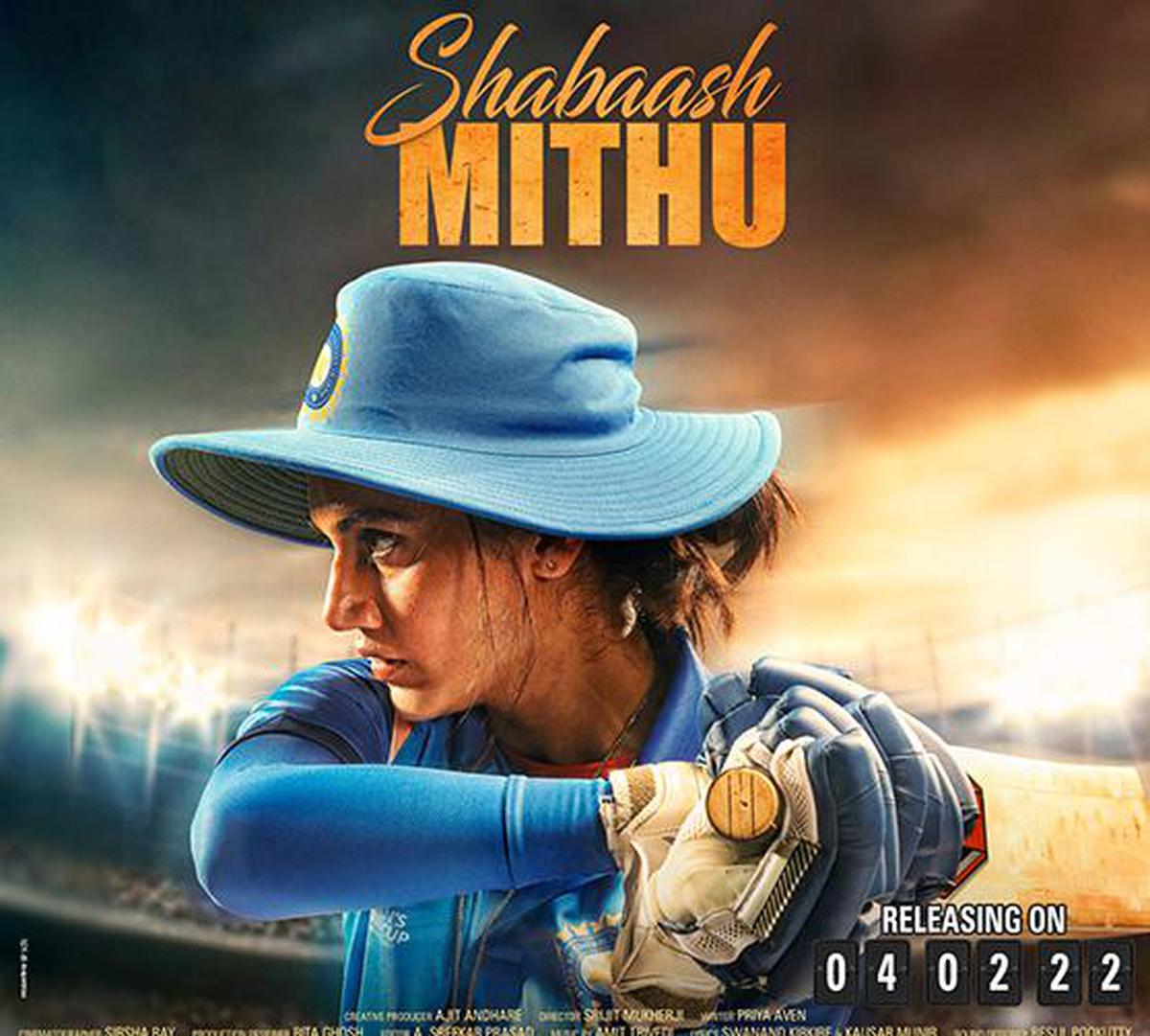 What were your biggest challenges in the Nineties?

It was difficult travelling abroad when I was in my teens. Without gadgets, all decisions I used to take were my own. I learnt from those experiences. It made me fiercely independent. These days, we head to the hotel room after a match but back then, touring was more fun, with teammates hanging out together.

How did Taapsee become Mithali for the big screen?

We met just once due to our schedules but we did interact a bit over calls. She has already portrayed a sportsperson earlier and knows what it is like. Taapsee is a committed actor. But, I did put pressure on her saying that, ‘Acting might be your profession, but you need to play me in this film.’ She has put in a lot of hardwork to appear as close as possible to what I am in real life.

Cricket-based films seem to be the flavour of the season. 83 did well, and you have Jersey and Shabaash Mithu lined up in Hindi…

When a cricketer is essayed in cinema, I relate to it a lot. I see it in a different light than the common audience. It was good to watch Tamil film Kanaa, based on a woman cricketer. There are certain things that register in the audiences’ mind from watching such films, which showcase that young girls can take up the sport seriously.

Given a chance, I would read anywhere. It’s just that with all the many recent restrictions, we cannot take our gadgets near the playing area; so I can carry my book instead of a Kindle. I have recently finished The Archer by Paulo Coelho and am currently reading a book on Michael Jordan, one of my favourite athletes.